It was time to bin convention and let our imaginations out of the bag today. We re-visited some puppetry basics using - bin bags! You may remember my mentioning an exercise involving bin bags in week one - designed to make us appreciate the potential for life in ordinary objects and to stimulate our imaginations - to see a bin bag as something unique; to look beyond its conventional usage.

Today we lay our bags out on the floor and simply sat with them for a while. We watched them when they were still and lifeless. And then we witnessed them come to life when we touched them - we watched them respond - they crinkled and wrinkled and moved. We then made a little 'hood' out of the bags by pinching a portion of the bag between our fingers. We suddenly had something that resembled a little 'creature' to play with. 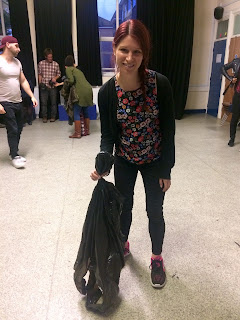 We experimented with the different ways our bin bag 'creatures' could move - slowly, quickly, along the ground, floating, jumping, etc. Every variation had a different essence to it, for example, the 'creature' became ethereal when it floated slowly in the air, but was bright and efficient when it skated swiftly across the floor. We also used our own life source to inspire them, by breathing into the physical movement that we effected upon them, we found that they could use our breath - as a sigh or a laugh for instance - and that in turn, affected the way they moved.

In observing the way that these 'creatures' responded to us, we could easily believe them to be something separate to, and independent from ourselves. There is a sort of process of negotiation that goes on between the object (puppet) and the person operating it (the puppeteer).Their character emerges and evolves through experimentation and is not imposed upon the object.

We finished off by playing a few games. In one, we paired up with another person who was instructed to move their finger through the air for our puppet to follow. The person could move it teasingly by moving very quickly or suddenly. It was interesting to see how the puppet responded. I now appreciate a puppet as capable of being a separate, independent and responsive being.

Then we played a game where one puppet is stalked by a host of others. When the stalked puppet gets a sense of being followed, they have to turn around, at which point, the others feign innocence by busying themselves, by hiding or by disappearing completely when the puppeteer instantly transforms it back into a bin bag. 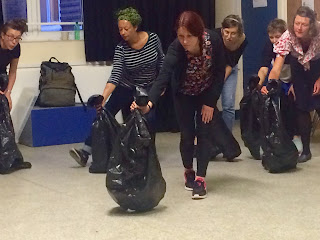 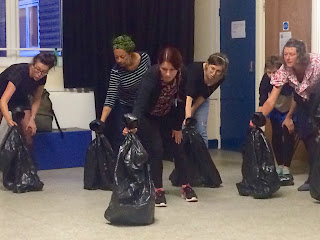 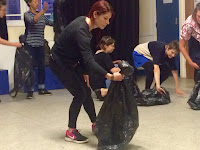 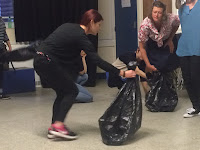 And now to another old bag - Maud (the muppet I made), didn't make an appearance this week. But she'll be back don't worry! And she'll no doubt benefit from the wisdom of the bin bag exercises!

Not a load of old rubbish at all! 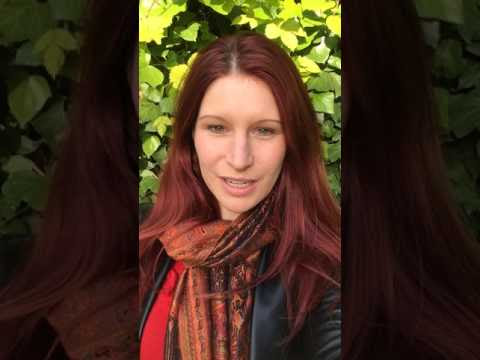 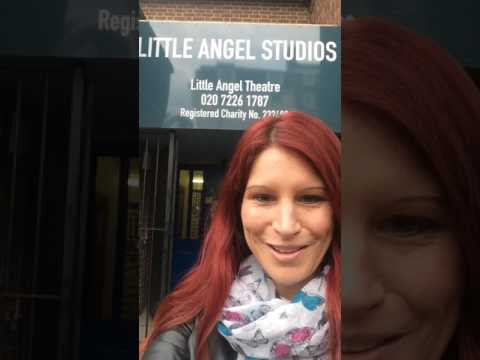 And so our journey begins for Pinocchio 2017! We sent our brilliant actor Suzanne Kendall on a six week Puppetry Foundation Course at The Little Angel Theatre, here's her first report..... Playing Pinocchio! Week One... My first session on the puppetry foundation course was absolutely fascinating and made me appreciate what a real art form puppetry is! We looked at why and how puppetry works and were introduced to the idea of puppetry as a communication medium. We examined how the performer treats the object/puppet and how that effects the way the audience perceives it. Oliver Smart (the course tutor) emptied a big bag of puppets onto a table and demonstrated a whole range of them. It was so skilled and entertaining! The strange thing was that the performer completely disappeared and even though you knew they were still there and you could clearly see them operating the puppet, you switched them off. The puppets became more real and life-like than the performe
Read more 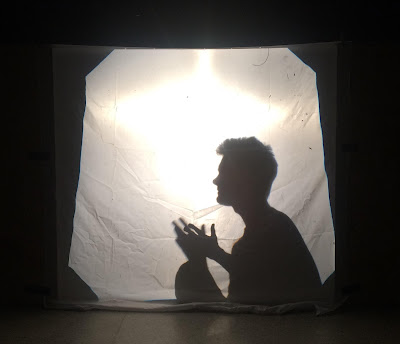